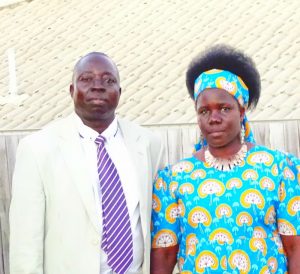 Pastor Patrick Locaa is the founder and the leader of the Great Mercy Christian Church of Australia. Born in South Sudan on 2 August 1970, his parents Gaitano Loto (father) and Rose Lakang (mother) fled to Uganda to seek refuge as results of South Sudan’s civil war.

Pastor Patrick is the last born of five children including three sisters and two brothers. His family later return to South Sudan and resettled in a small village of Palwar. His father served as a military commander in Anyanya One a military service for South Sudan.

Pastor Patrick lost his parents at the age of three and spent his entire childhood growing up as an orphanage. In 1985, Pastor Patrick immigrated to Uganda and married Almarina Patrick. They are blessed with a total of eight children, comprises of five boys and three girls.

His children have different gifts which they utilise their talent within and outside of the church congregations. In 2006, Pastor Patrick and his family immigrated to Sydney and relocated to Brisbane in 2010.

Pastor Patrick Locaa completed junior one in Lomaraty in Talanga and completed senior two in Kyangwali Rwenyawawa Senior Secondary School. He could not advance in his education due to insufficient needs and care.

After immigrating to Australia, Pasto Patrick Locaa attained Certificate IV in English, Certificate III in Transport and Logistics and currently a student in Harvest Bible College.

In 1999, Pastor Patrick Locaa attended the African Inland church while living in Acholpii Refugee Settlement Camp. He gained a pastoral position in a local church known as Akemokoch.

After being driven by the rebel conflict in the camp, Pastor Patrick relocated and persisted his pastoral ministry in Kyangwali Refuge settlement camp and in 2006 he was ordained in Evangelical Lutheran Church. Pastor Patrick directed seven churches with over 1600 attendees and ten pastors while in the camp.